Send a message directly to me!

If you have any questions or wishes, feel free to ask them directly.
I am happy to answer all messages.
Thank you! Your submission has been received!
Oops! Something went wrong while submitting the form.

Subcribe to The Matt Allen Letter

Every so often there is a book that comes around that really has a big impact on my viewpoint. I know a lot about finance/investing, but “The Psychology of Money” by Morgan Housel offered a plethora of new ideas for me to ponder.

I believe that this book will be known to our kids/grandkids as a “personal finance classic.” Even though it has only been around since 2018, this book has already sold millions of copies.

Here are lessons I learned from “The Psychology of Money” that changed the way I view my finances forever. Each number will be the lesson, and my thoughts below it.

1. Rich Man In The Car Paradox

“No one is more impressed with your stuff than you are”

When you see someone driving a luxury car like a Lambo, you rarely think, “Wow, the guy driving that car is cool.” Instead, you think, “Wow, if I had that car people would think I’m rich and cool.”

My Uncle Steve once told me, “Someone will always have a bigger boat, car or house than you. Love the one that you have. ”

The paradox of wealth is that people tend to want it to signal to others that they should be respected, liked and admired. However, those same people end up not admiring you, instead they use your wealth as a benchmark for their own desire to be liked and admired.

The point isn’t to abandon the pursuit of wealth or nice things. – I like both. It’s recognizing that people generally aspire to be respected by others, and humility, graciousness, intelligence, and empathy generate more respect than fast cars.

For example, have you ever said “That person is super rich, but they are a complete jerk.” This is exactly the analogy that the Rich Man in the Car Paradox talks about.

This is a phenomena called “history bias,” and it really shapes our view points on how we view politics, religion, philosophy, and finance based on our previous experiences in life. We believe this is how something should be because this is the only thing that I know.

How does this apply to finance?

If you were born in 1970s, the stock market went up 10x throughout your school years. The media/teachers stressed the importance of investing, and you went into adult hood with an emphasis on investing for wealth and retirement.

If you were born in 1950s, the same market went exactly nowhere in your teens and 20s meaning you were taught that it was more important to save your money than invest your money.

If you grow up in Michigan, and your entire family works in manufacturing. You will put a greater emphasis on the importance of manufacturing jobs verse someone who was born and raised in Silicon Valley whose parents both work at Tech Companies.

The Great Depression was one of the worst economic events to happen in the history of the world. The stats are just unreal, 1 out of every 4 American’s were jobless, millions of Americans became homeless, the American Economy crashed, the stock market crashed, and this is just to name a few things.

President John Fitzgerald Kennedy Dad was one of the best Investors ever, and he believed a crash was going to happen. He moved his money around and ended up making millions off the stock market crash.

President JFK famously once said: “I have no first-hand knowledge of the depression. My family had one of the great fortunes of the world and it was worth more than ever then. We had bigger houses, more servants, we traveled more. About the only thing that I saw directly was when my father hired some extra gardeners just to give them a job so they could eat. I really did not learn about the depression until I read about it at Harvard.”

The way that JFK looked at the world is going to be completely different than someone who grew up homeless because of The Great Depression.

I think it is very important to keep this in mind in everyday conversations, and when you invest your money.

3. The Ultimate Goal Is Freedom

“The ability to do what you want, when you want, with who you want, for as long as you want, is priceless. It is the highest dividend money pays.”

Building wealth is the ultimate goal for the Jeff Bezos, Warren Buffett, Bill Gates, and Elon Musk of the world.

Money’s greatest intrinsic value—and this can’t be overstated—is its ability to give you control over your time. To obtain, bit by bit, a level of independence and autonomy that comes from unspent assets that give you greater control over what you can do and when you can do it. Using your wealth to buy time and options has a lifestyle benefit few luxury goods can compete with.

How do you build wealth? This is a question for one of my favorite books, Rich Dad Poor Dad.

However, you want to spend your money on assets that pay YOU. Cash Flow is the name of the game.

For example, stocks, crypto, real estate, affiliate marketing, creating a cashcow youtube channels, starting a business/side hustle will all help you build wealth. I can give you some ideas, all you have to do is ask!

A great example from Rich Dad Poor Dad is if you want a new car that costs you $400 a month, you should purchase a real estate rental property that pays you $400 a month in profit to pay your car loan.

Once the car is paid off, you have an extra $400 a month that you can use to invest!

These are just 3 lessons of many that The Psychology of Money gives. I highly recommend you buying this book.

Please let me know your thoughts in the comment section.

Be sure to follow me on all social media! @investmattallen

The Iphone could do what? 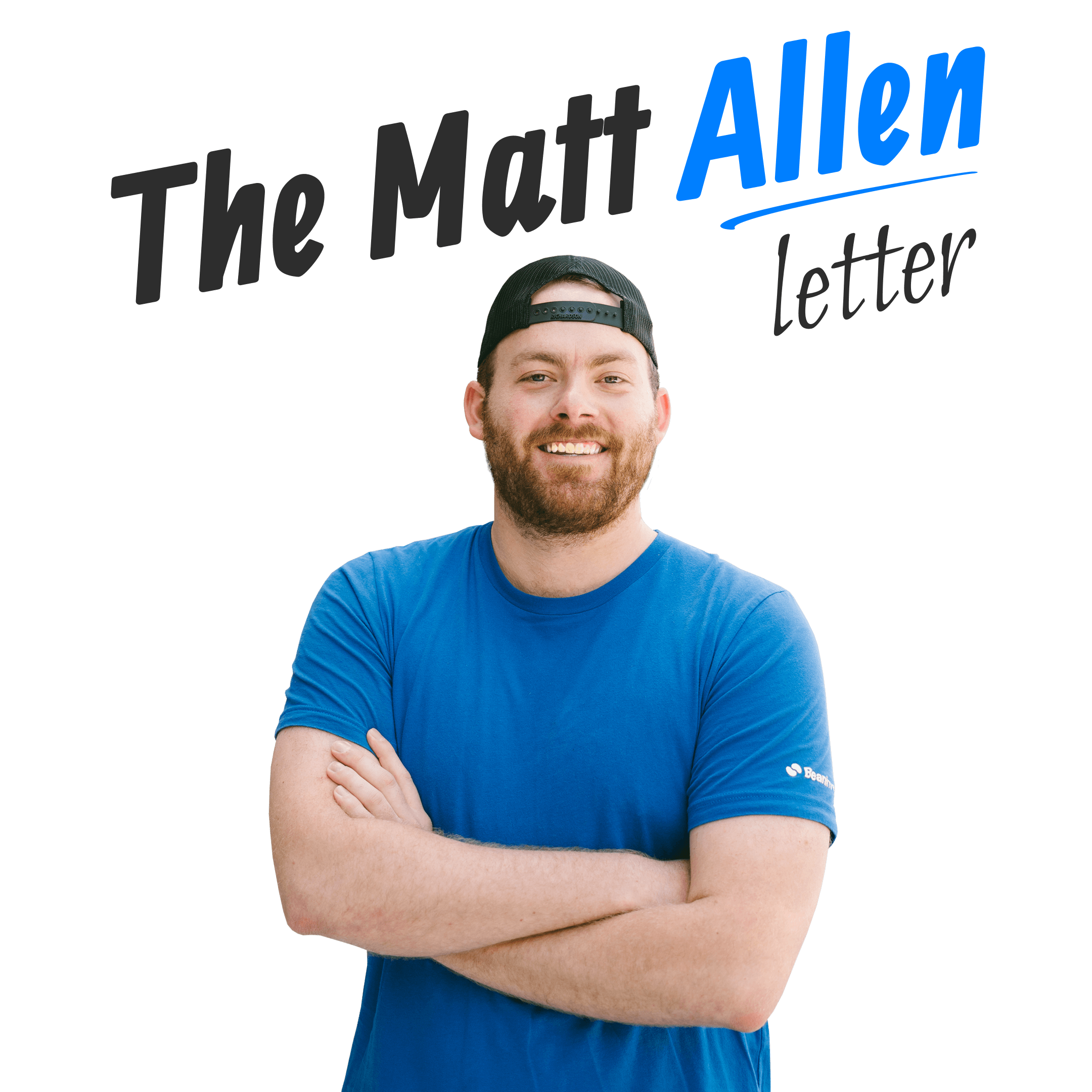 Matt Allen writes a weekly letter to thousands of subscribers about all things investing, technology trends, and real world events. If you want to read what the smart money is reading, join the thousands of subscribers by subscribing now.
Thank you! Your submission has been received! Check your email please.
Oops! Something went wrong while submitting the form. Please try again!
END_OF_DOCUMENT_TOKEN_TO_BE_REPLACED

The Hardest Part of Stocks